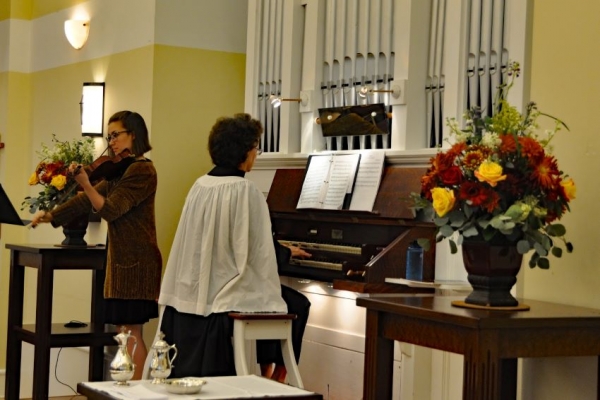 Music is an important expression of faith in our spiritual life at Hickory Neck. We sing traditional hymns and service music from The Hymnal 1982, supplemented with praise and Taize songs, gospel music and contemporary hymns from various sources that are covered by our music license subscriptions. Our 10:00 service is a blend of traditional and contemporary music. Our worship occasionally welcomes guest instrumentalists, primarily student musicians from William & Mary. Choral ensembles from William & Mary also lead us in Choral Evensong a couple of times during the year.

Our Parish Choir consists of 20 to 25 dedicated volunteers. Some have an extensive choral or instrumental music background. Others have little, if any, musical training. The anthem repertoire is largely contemporary but includes some of the formal music of the Episcopal Church. Three to four Sundays a month the choir sings an offertory anthem and leads congregational singing incl…

For the past year four Choral Scholars, student singers from William & Mary, have served as section leaders/staff singers for the Parish Choir during the academic year. They occasionally sing as an ensemble to give the Parish Choir a Sunday off. Their repertoire is more standard and by such composers as Gibbons, Tallis, Bach, Handel, Vaughan Williams and Rutter. Hickory Neck has … 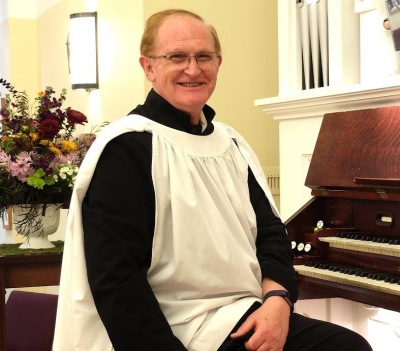 
Minister of Music Stephen Trumbull has joined Hickory Neck Church, having just moved to Williamsburg from Ohio. Stephen has been a professional church musician for over 45 years as a tenor soloist, accompanist, choirmaster, and conductor. Stephen is currently the Director of Music, Organist, and Choirmaster at St. Luke’s Episcopal Church in Granville, Ohio, just outside of Columbus.

Stephen has a bachelor’s degree from DePauw University in voice performance and choral education, and a master’s degree from Trinity Lutheran Seminary in church music. Prior to joining St. Luke’s, Stephen worked as a high school director of vocal music in Columbus City Schools, served at Beckenhorst Press, contracting, producing, and directing recordings of choral compositions, and has served as consultant, instructor, business owner, and community leader.